“The Spine of Lisa Ben” by Ice Cream Cathedral 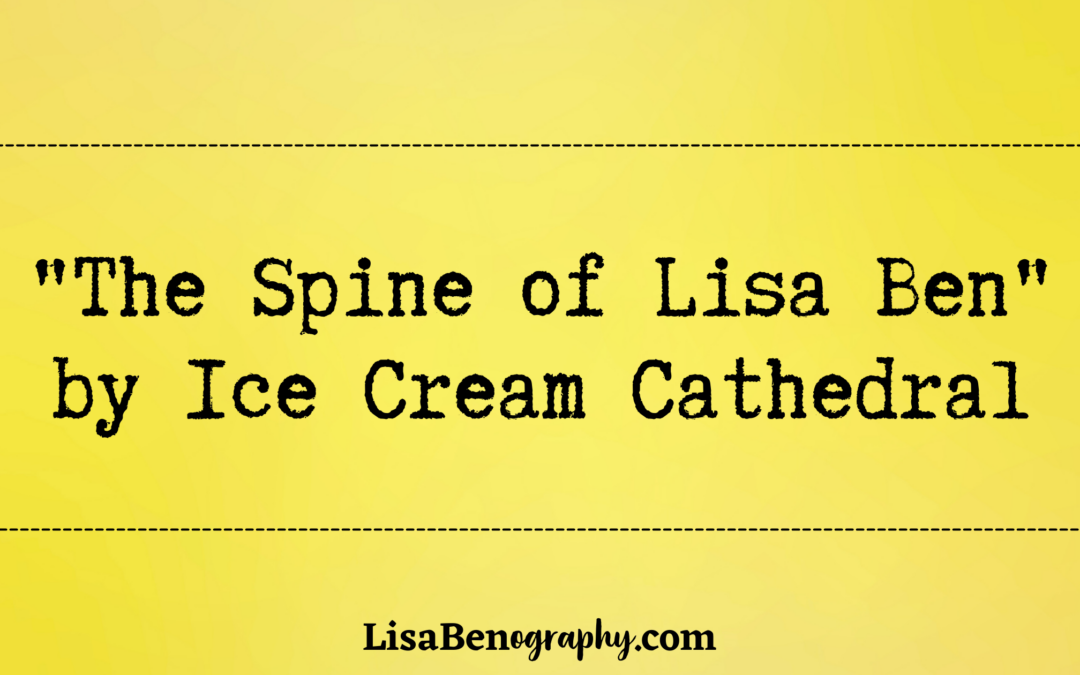 “…’The Spine of Lisa Ben’ is an ode to a 1950s pioneering homosexual published writer. It was a huge revolution for sexual freedom in general. It’s about historical events of political situations.”– Anders Bach of the band Ice Cream Cathedral

I recently added a new item to my Lisa Ben Archive: a vinyl record of the 2014 album “Sudden Anatomy” by the (now broken up) band Ice Cream Cathedral.

Like many of my Lisa Ben discoveries, I came across Ice Cream Cathedral’s song “The Spine of Lisa Ben” one night lying in bed, scrolling on my phone past the usual suspects on Google to dig up the gems about Ben that sporadically pop up around the world.

Although the band broke up, we’re lucky that there are digitized performances and interviews with the members Anja T. Lahrmann, Kristian Paulsen, and Anders Bach. In a June 2014 interview with Under the Radar Magazine, Anders Bach provides some background on “The Spine of Lisa Ben”:

[Laura Studarus:] How important is storytelling to you?

[Bach:] I think it’s important in the lyrics for this album—Anja has been experimenting with story-writing much more than on The Drowsy Kingdom. The Drowsy Kingdom was much more about personifications of images and certain specific parings and stuff like that. The new one is a lot more narrative in its language and has these pretty concrete subjects. For instance, “The Spine of Lisa Ben” is an ode to a 1950s pioneering homosexual published writer. It was a huge revolution for sexual freedom in general. It’s about historical events of political situations. Stuff like that. Which reflects on the music, because a lot of the songs are pretty narrative in their form and aesthetics in general. There’s a lot of passages that evolve from nothing to something new. Which has this alien vibe to it, which reflects back on the space pop genre.

For those of you who are musicians yourselves, you may appreciate the way Ice Cream Cathedral described the impact of “The Spine of Lisa Ben” in their track-by-track breakdown of the album for Gaffa. You can read the write up in its original Danish (I was able to translate it via GoogleChrome) and read a snippet on their Facebook page:

1: The Spine Of Lisa Ben

On “The Spine of Lisa Ben”, the electronics simmer intuitively and reflect our intuitive work process. At the same time, the melody’s insidious undertone heralds the entire album’s structure: it’s a journey, a development from the album’s first to second half, which gradually moves through an experimental and eclectic take on today’s pop form.

Kate’s take on “The Spine of Lisa Ben”

Even if this song weren’t about my beloved Ben, I would still be very into it. The “Space Pop” genre in “The Spine of Lisa Ben” reminds me of The Knife, Santigold, St. Vincent, and other kinds of electronic-meets-floating in the clouds-meets-expansive-female-lead-vocals that I want to listen to while I’m walking in the woods or painting.

One thing to note is that the original recording has some really interesting electronic moves around 2:30, but the live versions don’t always have that. Also, the song starts slow, but by the end builds up to a powerful and brighter speed and sound, which is particularly cool after the interesting moves from 2:30-3:26. 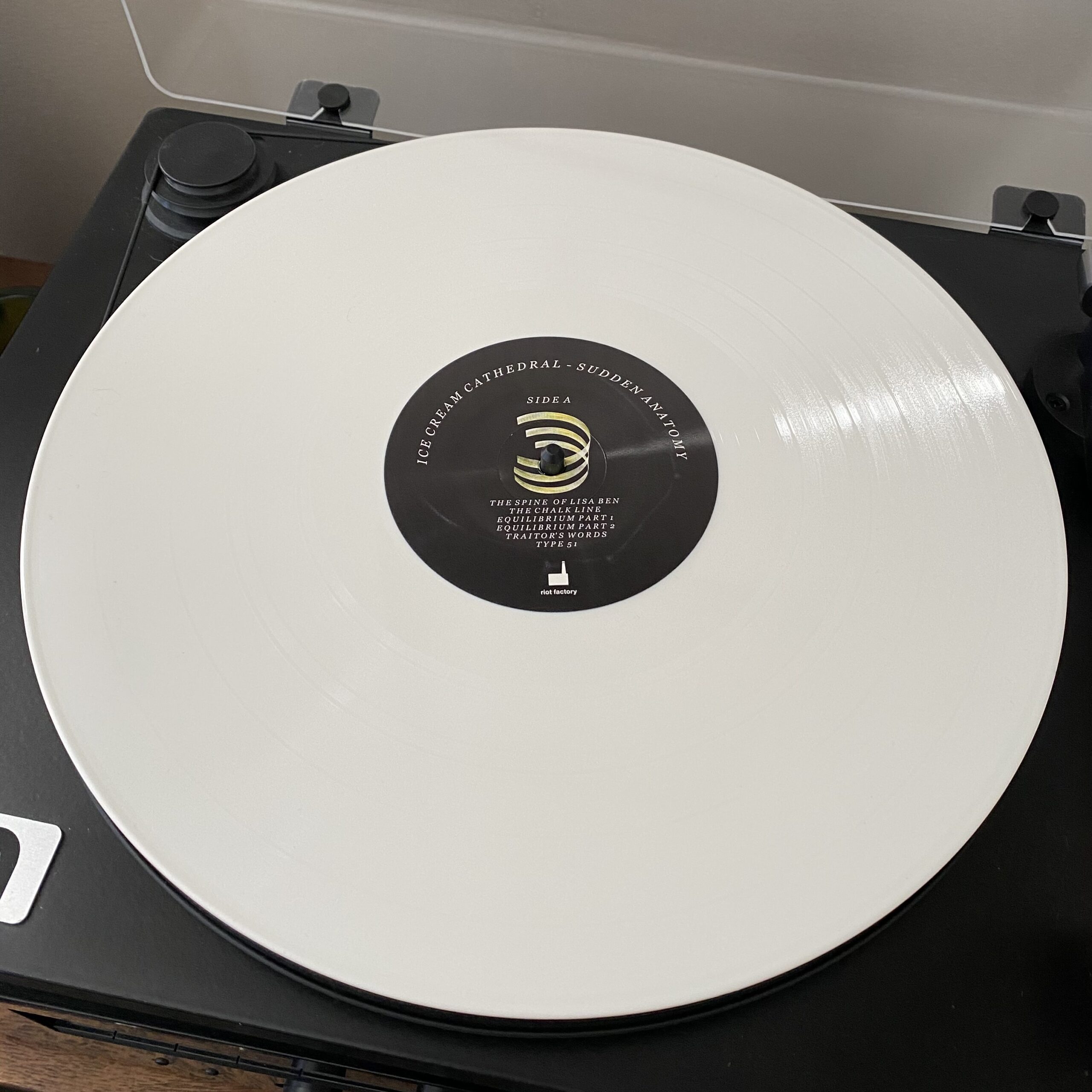 Image description: Ice Cream Cathedral’s “Sudden Anatomy” vinyl album is on a record player. The album is white and has a black circle at the middle that shows the titles for Side A. “The Spine of Lisa Ben” is the first track on Side A. 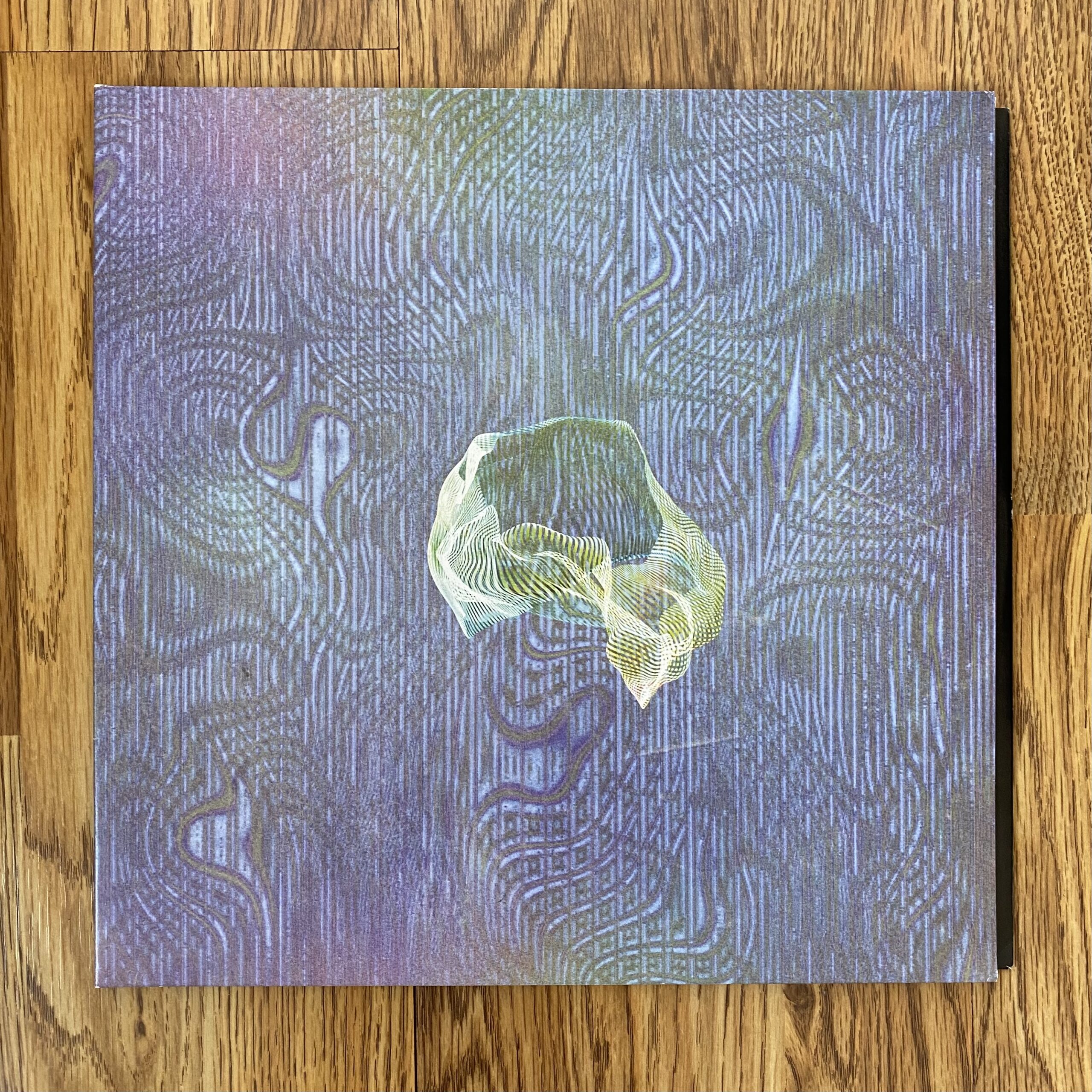 Image Description: A photo of the front cover of “Sudden Anatomy” by Ice Cream Cathedral. The background is an abstract blend of purples, pinks, and blues, and there is an abstract, wavy cream colored drawing at the center of the cover.

Audio Recordings of “The Spine of Lisa Ben”

Listen to “The Spine of Lisa Ben” here or via the embedded player below. (Note that it’ll start playing track 2 after “TSOLB” ends. Listen to the entire “Sudden Anatomy” album here.

Video Performances of “The Spine of Lisa Ben”

Lyrics to “The Spine of Lisa Ben” 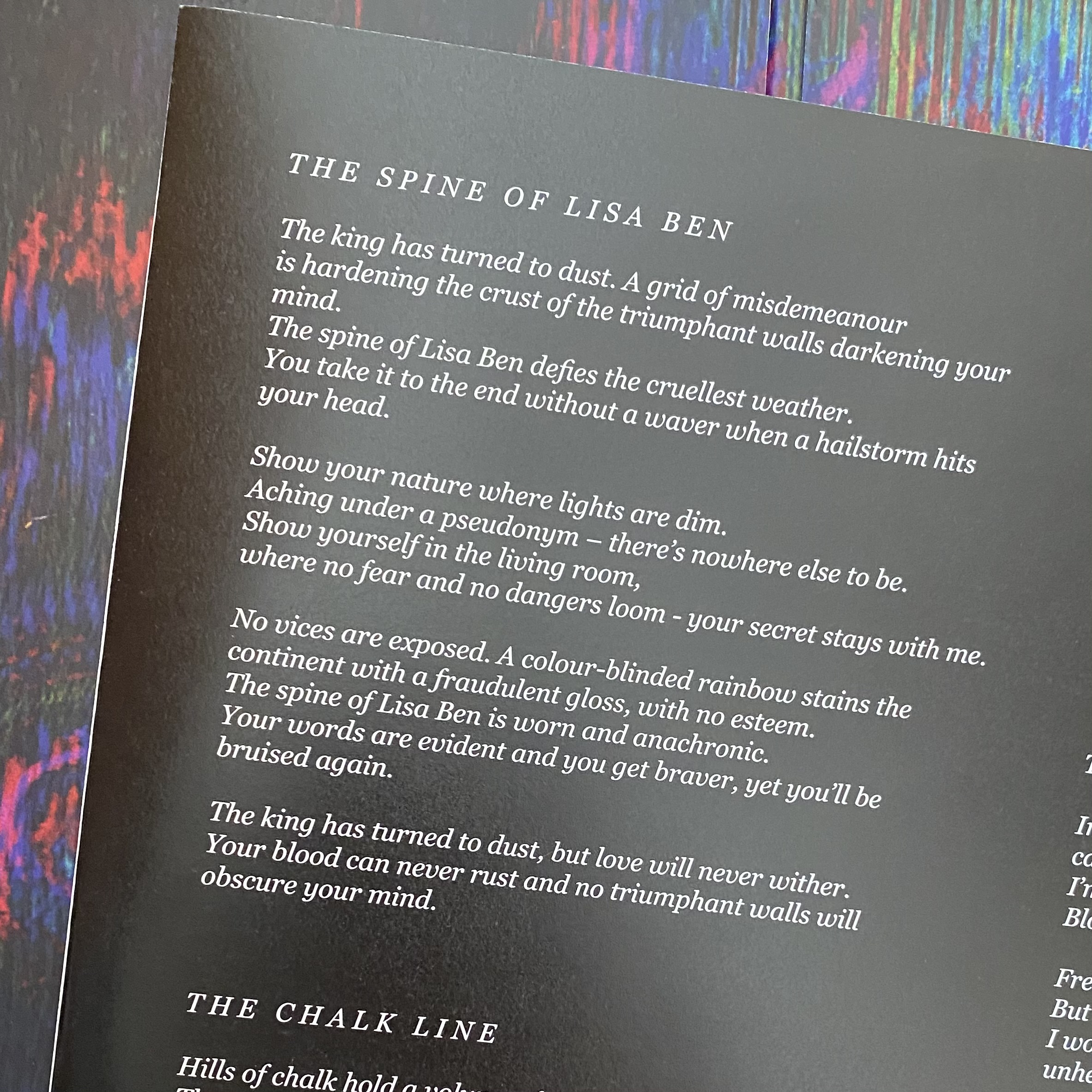 Image description: A photograph of the interior paper sleeve from the vinyl album “Sudden Anatomy,” with the multicolored cardboard cover for the album in the background. The paper is black and the lyrics are printed in white italicized serif font. The lyrics are as follows:

The king has turned to dust. A grid of misdemeanour
is hardening the crust of the triumphant walls darkening your
mind.
The spine of Lisa Ben defies the cruellest weather.
You take it to the end without a waver when a hailstorm hits your head.

Show your nature where lights are dim.
Aching under a psudonym — there’s nowhere else to be.
Show yourself in the living room,
where no fear and no dangers loom — your secret stays with me.

No vices are exposed. A colour-blinded rainbow stains the
continent with a fraudulent gloss, with no esteem.
The spine of Lisa Ben is worn and anachronic.
Your words are evident and you get braver, yet you’ll be
bruised again.

The king has turned to dust, but love with never wither.
Your blood can never rust and no triumphant walls will
obscure your mind.